Finished the final block in the 2012-2013 Moda Designer Mystery BOM:

Is called 'April Showers' and is designed by Sweetwater www.Sweetwater.Typepad.com 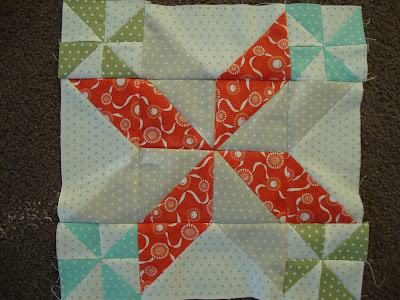 Is a bit wonky but should look okay by the time I put all the 12 blocks together, which is one of my school holiday goals - first day of the two-week break today...

Kieran has gone to spend the afternoon at a friend's, Brian is getting some work done at school, I have got Bon Jovi blasting the stereo, sun is shining through the windows, fire is crackling, cat is stretched out on the carpet and the dog has her nose pressed on the glass wanting in. Sewing machine is about to be cranked up so I can quilt this jellyroll race lap quilt...catch you later! 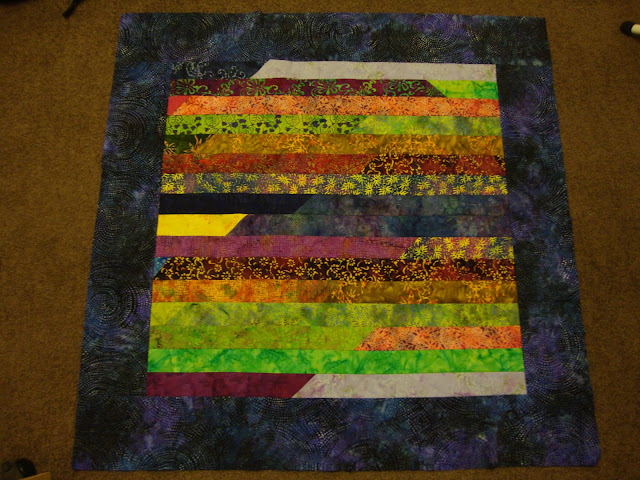 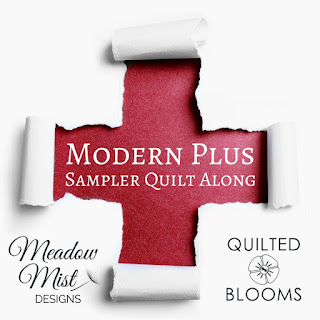